ImpaQt FX designs, creates and installs custom props. With 25 years experience, our award-winning props have appeared on outdoor billboards, in movies, ads, commercials and on television. You may have also seen our props at theme parks, trade shows, sci-fi, anime and gaming conventions. They appear in front of restaurants, at corporate events, in museums and in private collections.

We also provide makeup services to film or TV productions. Whether it’s beauty makeup or alien special effects, we’ll bring your character to life. Our goal is simple: to provide you with the very best makeup at an affordable price and on time.

If It Doesn’t Exist, We’ll Create It!

ImpaQt FX has worldwide clients that include household names like Walt Disney Studios, NBC-Universal and Nintendo.  We work with companies and individuals in a variety of industries ranging from film and entertainment to gaming, music videos, advertising, travel and manufacturing.  Read our testimonials to see what our clients are saying about us.

Visit our props and makeup portfolio pages to see some of our projects. You can also view our props demo and makeup demo reel.  Be sure to see Lisa’s IMDB or Tim’s IMDB listings, too.

Our work has been seen on national TV commercials, and in award-winning indie films including “Missing Girl: The Carrie Burke Story” (Audience Award winner at The New York International Independent Film and Video Arts Festival).

In one project, Tim headed the special effects makeup team on “Star Trek: Of Gods and Men”. He also recreated the “Guardian of Forever” prop that was seen in the 1967 Star Trek episode City on the Edge of Forever.

Lisa has also worked on numerous films including: 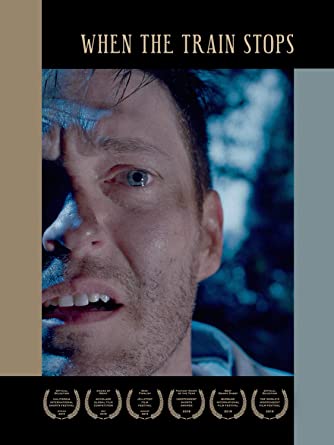 You can also stream the movie on Amazon. Check it out! It’s only 20 minutes.

Also be sure to check out the Facebook page and website for more info on this exciting production: www.whenthetrainstops.com.

A love for the arts continues to drive us to seek creative and innovative solutions.

Our passion for our work is best embodied by a quote from Henry Ford:
“Whether you think you can or think you can’t, you’re right.”